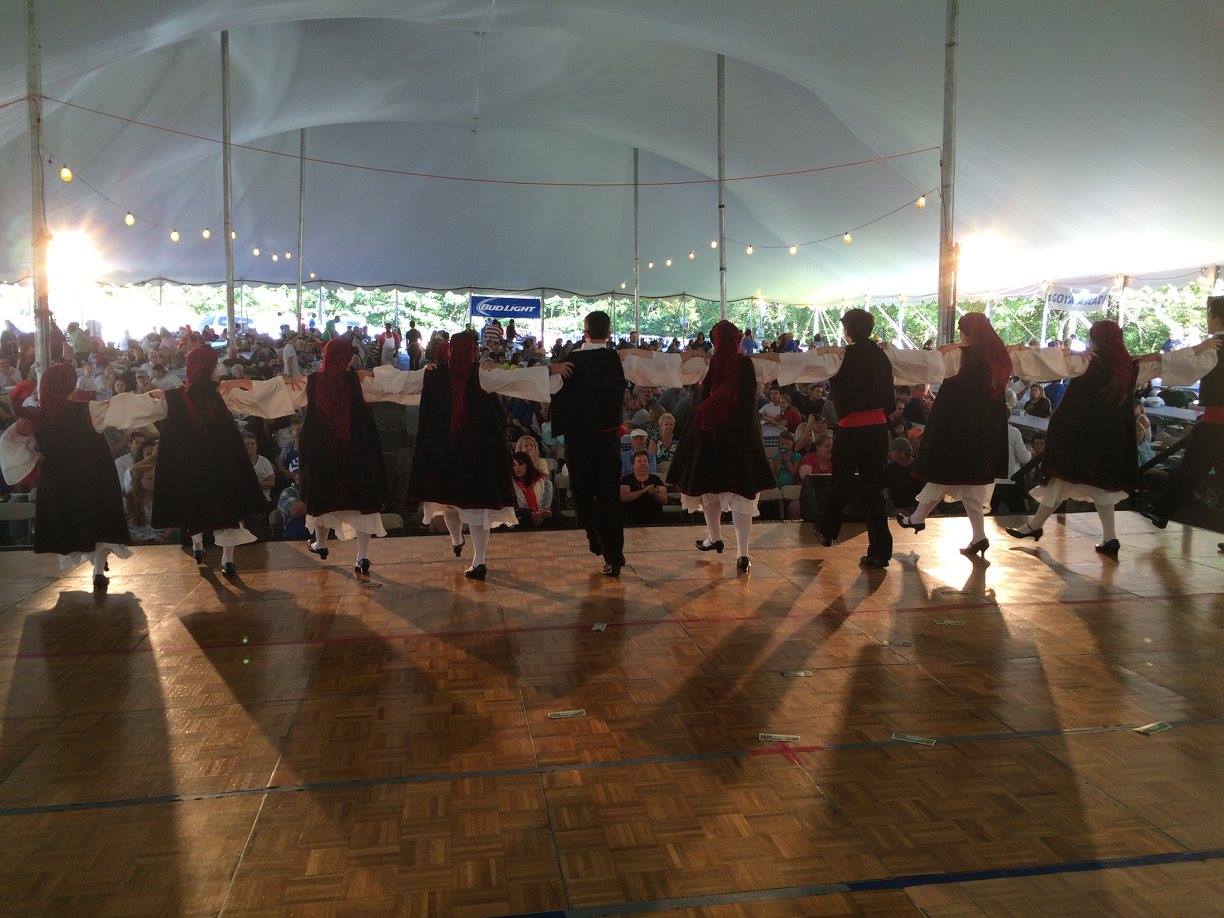 Over 15,000 people are expected to attend the event which is in its 55th year. A  buffet line of food greet visitors who much choose such items as Greek salad, Pastisio, Gyros, Greek Lemon Chicken and more. A number of Greek pastries are also available and often sell out early.

Outside, diners eat under a large tent while they watch folk dancers on the stage. Sometimes viewers get in on the action.

The church started downtown in 1912 at 14th and Broadway. After a fire burned the church to the ground in 1938, a new one was erected on  Linwood Blvd. which was known for its beautiful churches.  Eventually membership outgrew the church and in 1973 the church purchased its present location.  Services were conducted out of the Loretto Academy at 125th & Wornall until 1975 when the present building was opened. The church won awards for its architecture.

Mikaila Demetroulis  director of marketing at the church is a parishioner and for three years was a dancer at the festival . Demetroulis emphasizes the importance of family in this year’s theme:  Food, Family, Fun. “The people who started this festival have passed  it down  over the years through the families. It’s as big for them as it is for the community,” she says. This year she will be working at the festival along with her father and grandparents

There will be 30-minute church tours approximately every 2 hours during the festival .  Demetroulis said it will be “opening their home” to welcome in the community.

Even though everything is put on by the Church there are various sponsors such as, Cosentinos, Farmland, Tassos, Mr. Gyros, Tide Cleaners and several real estate companies .

The church has given a generous portion of their proceeds from the festival to various charities over the years such as the Red Cross and Ozanam home for boys. The Philoptochos Society, a church organization, votes on which charities will receive some of the proceeds.

Demetroulis says,  “Every year there are new items at the festival, such as gift shop items and new pastry items. This year a new food item will be a t-bone lamb chop which will be grilled.” She added that “ a very positive and important change will be how food lines run. This year the same food items will be offered in both food areas: the Village and inside.”

This year the church is prepared for 20,000 attendees, according to Demetroulis. She encourages people to come Friday and Saturday to ensure everyone has opportunity to sample the delicious Greek cuisine.

Admittance and parking is free. There is parking on the grounds and at the retirement community across the street and Avila University next door to the Church. There will be a free shuttle making constant rounds from the parking lots to the Festival. Demetroulis said,  “We are excited not only to host but experience the festival and to see new faces.”