How To Run A Successful Restaurant 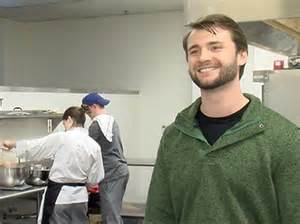 What goes into creating and running a successful restaurant? Most folks would say obviously the quality of food is paramount, but what do the experts say? On Tuesday January 10th, Xander Winkel presented at the Red Bridge Mid-Continent Public Library regarding this very topic. Xander works at the Ennovation Center in Independence, and gives talks around the KC Metro area about successful restaurateuring. “Don’t be one of the 9 out of 10 restaurants that close within their first year” states the description of Winkel’s upcoming talks to a number of Mid-Continent libraries.

First, Xander delved into what prospective restaurants do wrong before they even open their doors. According to Xander, two of the most common rookie mistakes involve financial sustainability and marketing. As a rule, he said that new restaurants should be able to remain open for six-months’ time without relying on the restaurant’s income. Xander said that customers must be allowed time to switch their habits and adopt a new restaurant, and it can take months before people even try a new location. By allowing six months’ financial sustainability, a new restaurant can stay open for an extended period without high income, allowing the establishment to slowly accrue habitual customers.

The other simple mishap of new restaurants involves marketing, or a lack thereof. Xander explained that too many restaurants open their doors too hastily without a plan to ‘get the word out.’ Whether it be by flyer, social media, or media advertisements, a lack of marketing is another common reason restaurants fail.

Just as unsuccessful restaurants that close within the year often get a couple major issues wrong, successful restaurants often share one key quality. According to Xander it is not actually the quality of food, but a system of logistics behind management and operation. Proper systems should detail who is responsible for what, and ensure little goes to waste, whether it be an employee’s time or food inventory. A hierarchy of responsibility establishes who is responsible for what, creating as little confusion as possible regarding employee tasks and duties. A solid and clear logistical operation of a restaurant dictates what money comes in, and the money that goes out spends itself wisely and efficiently.

Ultimately, a restaurant is a business, and logistical tracking of cash flow details the life blood of one’s restaurant business. Many boarded-up restaurants discovered they were on the verge of bankruptcy by the time it was sadly too late.

Get to know your candidates: Missouri Senate District 9