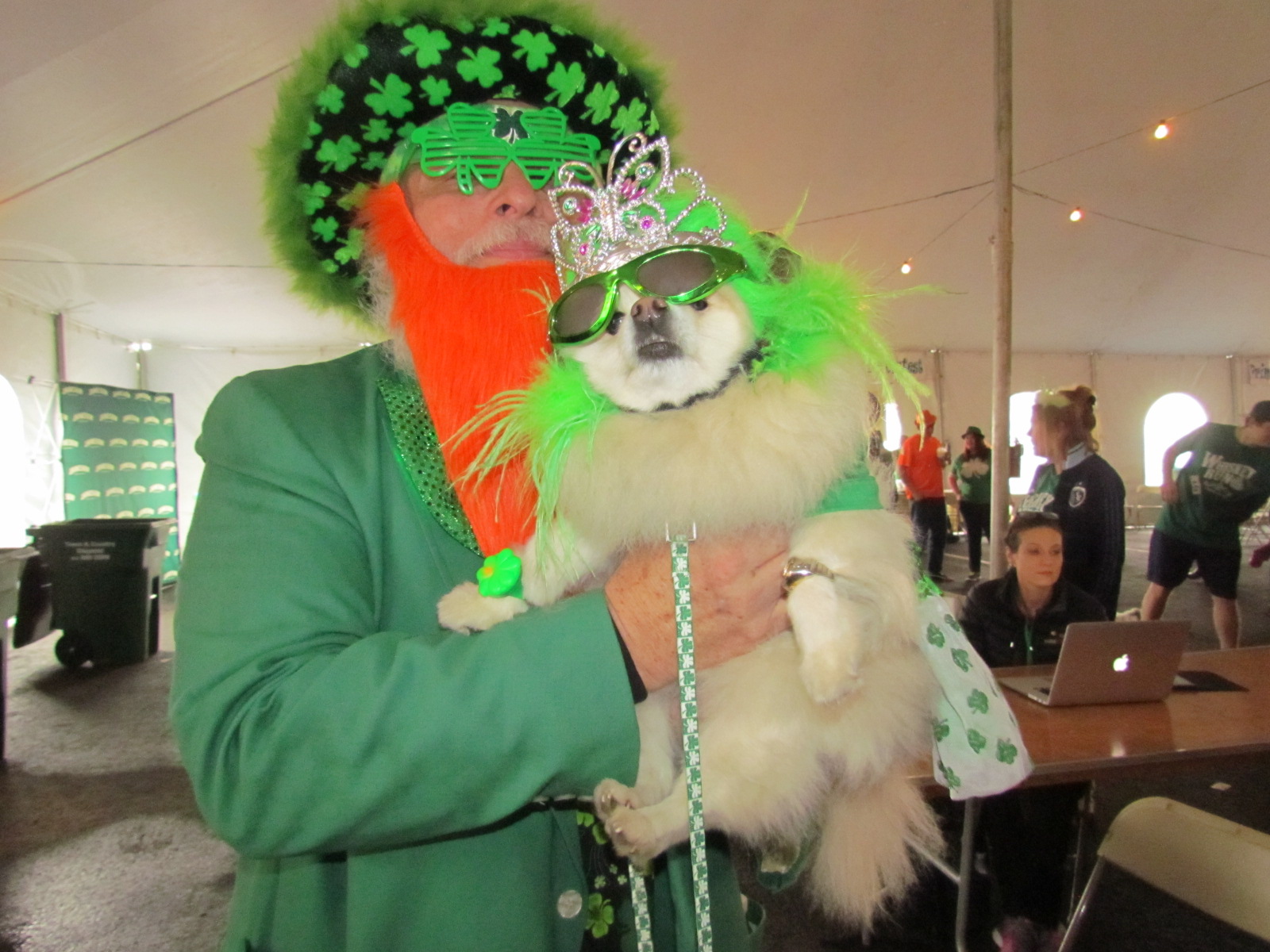 “Irishpalooza,” Martin City’s St. Patrick’s Day Parade celebration, is Sunday, March 12 with the parade beginning at 2 p.m. This year marks the 30th anniversary of the parade and will include a concert by The Elders. (See interview.)

The parade began in 1987, when R.C. VanNoy, the owner of Jess & Jim’s Steakhouse and RC’s Restaurant, gathered some of his friends to drive down 135th Street in convertibles and wave to those shopping or eating.

Over the years, the parade has grown. When the Martin City Business and Community Association (MCBCA) took over about 10 years ago, the parade got the necessary permits from the city of Kansas City and became a legitimate South Kansas City event.

This year’s parade, themed “Shamrocks in the Rough,” will begin on Washington Street in front of the State Line Point Shopping Center and will continue east on 135th Street until it reaches 135th & Holmes. Parking is available in the vacant Sutherland’s parking lot and at Martin City Elementary School.

“We also have the Whiskey Run, the 5K race, that’s before everything else,” says Missy Wilson, Executive Director of the Martin City Community Improvement District (CID) and Administrative Officer for the MCBCA. Runners are encouraged to start coming at 7:30 to register. The run is at 8:30. A full RC’s breakfast is offered immediately after the race. The number of registered runners is at 600 to date. There is opportunity to register the morning of the event, but the price increases.

Advance registration for the 5K is $38, which includes a race shirt, pint glass, finisher’s medal and free lunch at RC’s. The overall winners will get to ride in the parade.

Spectators can watch runners from the Premier Mazda Event Tent, 400 E. 135th Street. (Look for the big, white tent in the parking lot between RC’s and Martin City Pizza & Tap Room.) RC’s will have breakfast available to purchase for spectators.

The 2017 Best Dressed Dog Contest begins at 11:30 a.m. at the Premier Mazda Event Tent, 400 E. 135th Street. The 1st, 2nd, and 3rd place winners will ride in the parade with their owners. Registration forms ( www.irishpalooza.com) must be submitted by March 9.

The 2017 Prince and Princess will be crowned at 12:30 p.m. at the Premier Mazda Event Tent. Children (2-7 years) must register in advance and be ready to take place in the festivities at noon. Judges are looking for contestants with the best Irish spirit, costume, and enthusiasm. Winners will receive a $25 Visa card from Commerce Bank and will get to ride in the parade with their parents. Registration forms (www.irishpalooza.com) but must be submitted by March 9.

“This year’s judges are an all-star cast,” says Wilson. They include:  Dhomonique Rick, evening news anchor with Fox 4; Emcee John Holt from Fox 4 News; Slacker from 101 the Fox; Ryan Shreve, CFO of Fishtech Labs; Thomas Bies, owner of Premier Mazda, and Gail Worth of Gail’s Harley-Davidson. The Grand Marshall is Ian Byrne, lead singer of the Elders who will perform following the parade.