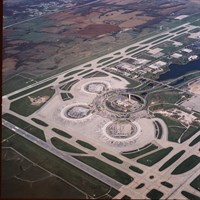 Selection Process for KCI Developer has been “Sloppy”

Thanks to Selection Committee work for all meetings and time, but it has been an imperfect process from the beginning.

Not throwing around blame but the process has been quite sloppy.

I think the two points are related.

I think that our citizens want the jobs to stay here as opposed to being shipped to the West Coast or East Coast.

As I said earlier the selection process has been sloppy to no one individual’s fault.

The Business Journal has just reported that the summary sheet put out by the selection committee has had several typos such as:

This may have been compiled after the fact, but this is sloppy. The larger issue is the latest information provided by outside bond law firms by the hometown team seems to call into question the validity as to why they were not included in the ranking or taken out of consideration.  While we have heard a rationale for this, I just reviewed these documents last night that were given to us late Tuesday by email.   This is problematic and I think at a minimum we should ask an independent third party law firm to give us their take on this.  Should the hometown team have been excluded as we were told they had to be?  If there is a chance this is not correct, we should remedy it.   Did anybody in the selection committee meetings ask that a third party bond law firm be consulted for an opinion before the hometown team was excluded?

This is problematic to me for the basic fact that on every large project in past we have talked about having more local companies work on these projects.  In this case, we have one of our best companies take initiative and get criticized for it.   Unfortunately taking initiative sometimes allows critics who only obstruct to sit back and criticize.   But in this case, not only do we have a South Kansas City business that has created a lot of jobs and invested millions in our community but they have assembled a local team.  Full disclosure, I have worked with them on a variety of projects since I was on the Center School Board include the Live Green, Learn Green initiative for Center and they stepped up when no other local company would to help us raise teacher’s pay at Center, which contributed to the increase in test scores to attract and retain top talent.

While I am an At-Large member of the Council, I am also from South Kansas City and concerned about the impact this will have on local small businesses if we do not take another look at this.   Let me give you a few examples of great South KC small businesses that will be impacted by not letting this proposer at least compete.

It is these and many other great local small businesses that deserve to be given at least the courtesy of being considered by starting the process over.   I would think since so much information has been made public we could be even more transparent and have each proposer make their pitch to the full Council in this room.

My concern is not just about the process but getting a yes vote to move forward on this if we do not take another look at this and resolve it.  Let’s open this up so there are no lingering questions how we got here.