Enterprising pioneer or man of scandal? 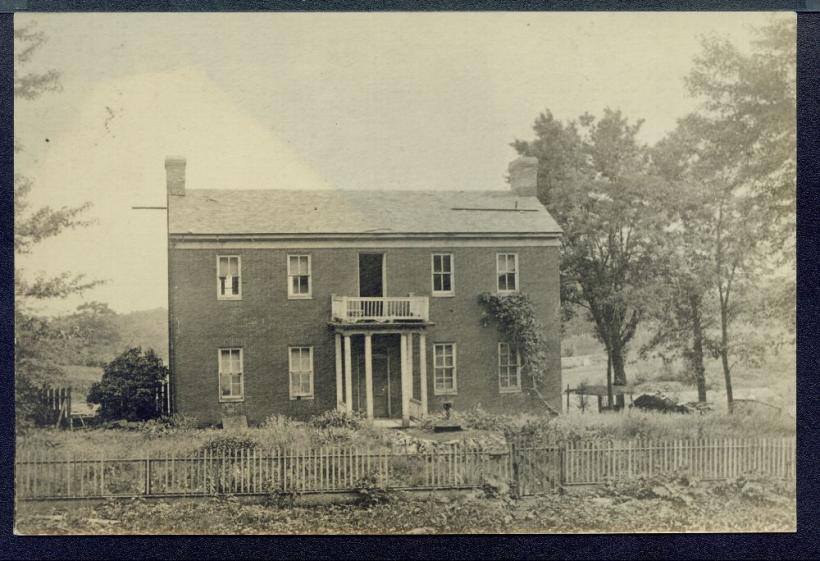 Rev. Thomas Johnson, pioneer missionary of Shawnee Indian Mission and namesake of Johnson County, Kan., was a man of God, but also a slave owner. He worked with Native American tribes and formed a school, but many believe he stole land and financial gain from them. He served on the “Bogus Legislature” that wished to admit Kansas Territory as a slave state, but later was labeled a staunch Union supporter.

He was, in fact, a man who fell on both sides of some of the most scandalous “bruises” of U.S. history.

In an 1825 treaty the Shawnee were given land bordering Missouri that stretched from Topeka to the southern border of Johnson County. These 1.6 million acres were first settled by a Shawnee tribe that had been pushed earlier to land near Cape Girardeau, Mo. Around 1830-1831, the Fish band of the Shawnees from Ohio, numbering about 900, moved west to the land designated to them. With this band came “the Prophet,” Tecumseh’s brother.

Johnson moved with his family to Howard County, Mo., in 1822 at age 20. He entered the Methodist ministry and married Sarah Tuttle Davis in 1830. That same year, Shawnee Chief Fish appointed him to establish a mission school in Kansas Territory.

Standing six feet tall and well over 250 pounds, Johnson gathered his few possessions and his bride for the trip from eastern Missouri to just west of the edge of America. She rode a horse while he walked beside her. They settled in a wooded area near the present town of Turner in Wyandotte County and built a small mission. They would have 13 children, but only six survived into adulthood.

Building a New Location of the Shawnee Indian Mission

In 1838 Johnson opted to move his little mission south. The government granted his Methodist church about 2,000 acres of land to establish the mission, and promised funds for the Delaware Indians ($4,000 a year for 10 years) and the Shawnee ($1,500 a year). In turn, Johnson welcomed all Native Americans to his new location.

The new mission, three miles from pro-slavery Westport, Mo., and in the shadows of the Santa Fe Trail, was convenient to supplies and pro-slavery support.

He soon opened a boarding school and planted 12 acres of apple trees, creating the first apple orchard in Kansas. It’s said he also introduced Kentucky bluegrass in the state by sprinkling seeds whenever he traveled on horseback.

Rev. Johnson’s goal was to civilize Native Americans through a manual labor school, and the government approved. He expanded the mission to include a tool shop, blacksmith shop, sawmill, gristmill and brickyard. Boys were taught trades while girls learned to spin, weave, cook, sew and keep house.

Naturally, profits from the pupils’ labor may have fallen directly into the reverend’s pockets when goods were sold to travelers on the Santa Fe Trail. In 1839-1840 there were 72 students and four teachers at the school; enrollment later soared to 100 and at one point, nearly 200.

Johnson is credited for being the first man to bring slavery into Kansas. Northern papers reported he had one slave that netted him $1,000 a year plus a few slaves at the Shawnee Indian Mission. One story claimed Johnson owned a family of slaves and promised they could earn their freedom, but then worked and sold them before they could do so.

In the Springfield Republican in 1854, one man reported, “[Johnson] is a slaveholder—a trafficker of human flesh—buys and sells men, women and children. . . He held slaves in violation of the Missouri Compromise, thus showing he regards neither the laws of God nor the laws of man.”

The Kansas-Nebraska Act opened up Kansas to white settlement in 1854 and allowed the territory to decide whether it would be free or slave. To no surprise, Johnson was elected to the Kansas Territorial Council on the pro-slavery ticket and became council president. Missourians had flooded over the border and illegally voted to ensure that those elected were on their side. This became known as the “Bogus Legislature” which had offices for a short time at Shawnee Mission.

By 1858 the tensions from border warfare and the call of retirement convinced the reverend to leave the mission’s operation to oldest son. Johnson moved to a farm in Jackson Co., Mo., at current-day 35th Street and Agnes. He curiously switched sides and signed an oath of loyalty to the Union.

On Jan. 2, 1865, Johnson was murdered at the front door of his home in Jackson County. A group of men called well past midnight and asked for directions. They tried to storm the house and as Johnson went to shut the door, he was shot in the abdomen.

In Martyrdom in Missouri (1870), the author states, “Many believed it was because of his strong Union sentiments and the bushwhackers were the murderers, while just as many believe that it was because he was a Southern Methodist preacher, that the Jayhawkers were his murderers.” The actual motive remains unsolved.

The three largest buildings at Shawnee Indian Mission have miraculously survived, and visitors can walk the remaining 12 acres to learn the area’s incredible history. A museum houses Johnson’s Bible, the old school bell and a cane carved by Shawnee leader Charles Bluejacket. Exhibits focus on the settlement of Kansas, the trail system, and Native American stories.

“Far too often, people drive through the site not realizing what they just passed through,” said Site Director Jennifer Laughlin, who described it as vital and memorable.

Rev. Johnson is forever linked to some of the most controversial issues of American history. We can’t erase these from record; our living history exhibits need to be showcased as a vivid reminder of what once was a brutal struggle along the border.

Diane writes a blog on the history of the area. To read more of the stories, go to newsantafetrailer.blogspot.com