A south KC restaurant opens July 9, many work towards that goal 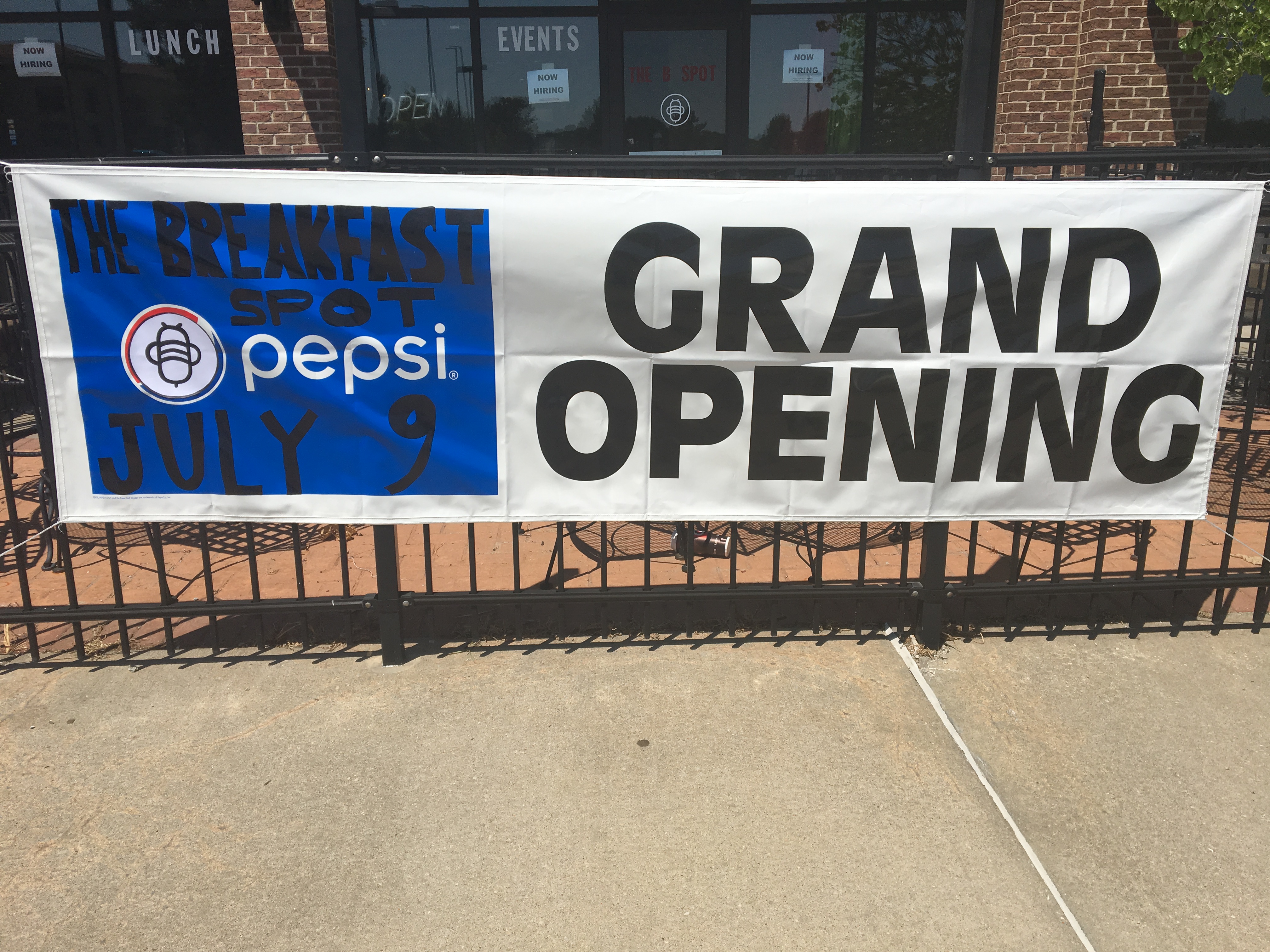 New on the Menu in South KC

Scheduled for an open house on  July 9 and 10

is The Breakfast Spot, a restaurant run by Luis Ornelas in the former Wing Lovers USA space. The Spot will seat about 120 people, including several outdoor tables. It will be open from 6 a.m.-3 p.m. for breakfast and lunch, and will be available in the evening for private parties and events.

Ornelas, who previously worked at Big Biscuit and First Watch in Shawnee, says the menu will feature classic American breakfast items like omelets, pancakes, biscuits and gravy and breakfast skillets, plus soups, salads and sandwiches for lunch. He also is adding a “South of the Border” selection that includes enchiladas, quesadillas, chilaquiles, huevos rancheros and huevos con chorizo. A website is in the works; meanwhile, look for updates on the restaurant’s Facebook page or call 913-206-7619.

next to the breakfast restaurant. Owner Gary Withers says a mid-August opening is planned. Withers describes the sports bar’s current location as outdated and says the new space will feature a state of the art TV and sound system along with better kitchen facilities and tables.

Withers, who grew up in Chicago, says the goal is to make the pub “a place where Chicago sports meet Kansas City sports.” He is adding back the Bogey’s name “to tie in the old with the new.” The Windy City Pub formerly was called Bogey’s Bar & Grill. Withers says the menu will include several Chicago-style  dishes like Vienna Italian beef sandwiches, Maxwell Street Polish sausage and Chicago dogs.

The Martin City Coffeehouse should be open by the end of the summer, says Penelope Romero, manager and co-owner along with partner Rick Ramsey. Romero says they are waiting on utilities and inspections to be finished, but she already has ordered kitchen equipment and hired someone to replace her at the plumbing business she and Ramsey run.

Located at 13115 Holmes Road at the old Mulch Mart location, the coffeehouse will have seating for 50 customers plus a drive-through window. Tentative hours are 6 a.m.-8 p.m. Romero plans to serve baked goods from the wholesale Kansas City Baking Co. as well as housemade items such as Cuban sandwiches and savory South American-style pastries. Her coffee will come from Intelligentsia, a supplier in Chicago, and she also will offer oat milk—a trendy dairy alternative not widely available in the area.

Ramsey plans to open an adjacent burger shop, but that is still in the design stage, Romero says, adding it will include a drive-through and limited indoor seating.

Caleb’s Breakfast and Lunch was announced last fall. Modeled in the tradition of a First Watch, it’s on the north side of the Red Bridge Shopping Center. Owner Rebecca Huntsman says plans should be submitted to the city by the end of June. “Hopefully, we will be able to start construction a few weeks after that,” she says. “We’re very much looking forward to opening and being able to serve the Red  Bridge community in the fall!”

Einstein Bagels and a nearby car wash were demolished to make way for a Chipotle restaurant and a drive-through Panera Bread at 10215 State Line Rd. “The steel is up. Things are moving fast,” says Devin Schuster with Lane4 Property Group. He predicts a November or December opening.

A liquor license delay has pushed the opening of Cacao’s Mexican Restaurante to mid-July, according to owner Victor Esqueda. The popular restaurant has moved from its Prairie Village location to the former Applebee’s at Watts Mill Plaza on 103rd Street. Esqueda used to own Guadalajara Cafe in the same shopping strip.

Joining Charleston’s, Medici pizza and Smitty’s Garage at the Ward Parkway Pavilion are Hurts Donuts, scheduled to open in mid-July, and Freezing Rolls, a rolled ice cream shop opening sometime in late fall. “The whole pavilion is rocking and rolling,” says Dave Claflin, spokesperson for the shopping center. An announcement is expected soon on the pavilion’s final tenant.