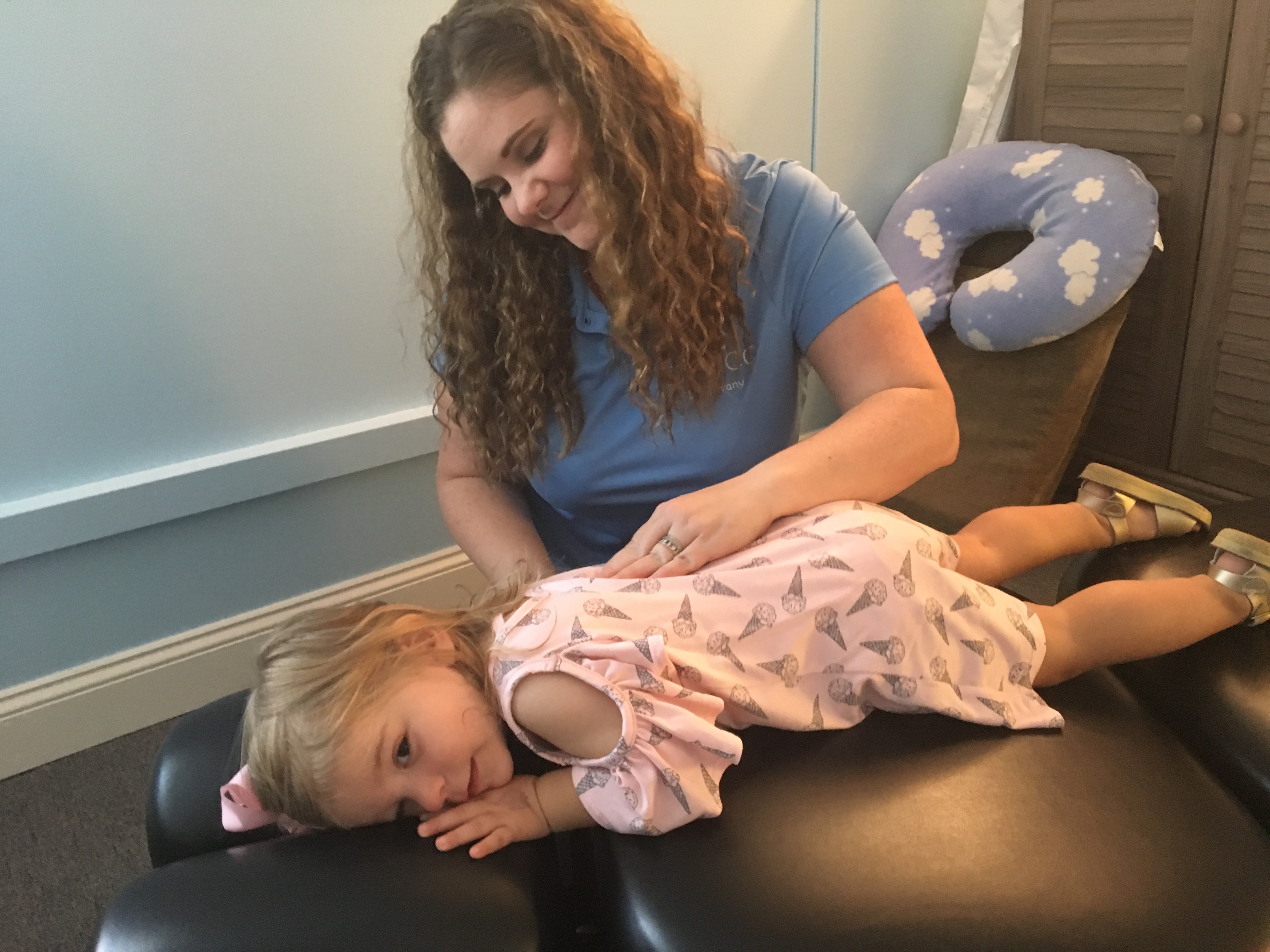 A chiropractor typically treats patients with back pain and headaches.

Dr. Tiffany Poterbin treats those patients plus colicky babies, tongue-tied children, pregnant women, and hip-carrying parents. She is a family chiropractor. “I see a lot of kids and pregnant moms!” she says. Though she’s quick to add she welcomes dads as well.

Poterbin belongs to the International Chiropractic Pediatric Association (ICPA) which focuses on “family well-being from conception, pregnancy, through the care of infants and children.”

“I have a more comprehensive approach than what’s typical,” says the 33-year-old former pre-med student.

Poterbin recently opened her Kansas City Family Chiropractic Center at 13404-A Holmes Rd, under the same roof as Grade A Tree Service. KCFCC celebrated a grand opening with a ribbon cutting ceremony on June 15. Her husband, Phil Poterbin, their three young children, friends, family and members from the South Kansas City Chamber were there to cheer her on.

Poterbin is well versed in all forms of chiropractic and is a fascinating speaker on the topic. Take for instance her most recent study of Cranial Sacral Therapy (CST) and Somatoemotional Release (SER).

Both therapies involve the the fascia, one long, thin layer that wraps around muscles, tissue and organs from the top of the head to the tip of the toes. Physical or emotional trauma, or even habitual poor posture, can create tightness and restriction in the fascia, thus pain and tightness in the body.  A release can be obtained through therapies such as CST and SER.

The process can take from 15 minutes to an hour. Often, because memories of trauma and injury are stored in the connective tissue of the body, emotions or memories related to the original cause of the restriction are released. The chiropractor must work with that memory, oftentimes by mimicking how it happened.

“CST is very beneficial for babies after the birthing process. It’s beneficial for brain growth,” says Poterbin. She has seen infants’ skulls restored from having a crushed looking face to an elongated one through the gentle touch of CST.

In a few months, Poterbin will be CST certified. In the meantime, she incorporate different chiropractic modalities to help everything from treating the body for pregnancy to curing children from bed wetting, reflux or sleeplessness. She even works on seating ergonomics in the work space.

Because her practice involves more than back pain, an initial visit can last an hour. Follow up visits can be as long as 20 minutes.

An initial visit costs $100, but Poterbin is offering a $60 special for new customers. After that, the cost is similar to an insurance co-pay, around $55 a visit. She does not take Medicare. Discounts apply for additional family members. Poterbin also provides sports physicals for students.