When Shatto Milk and Martin City Brewery hooked up, they made a little Brooo 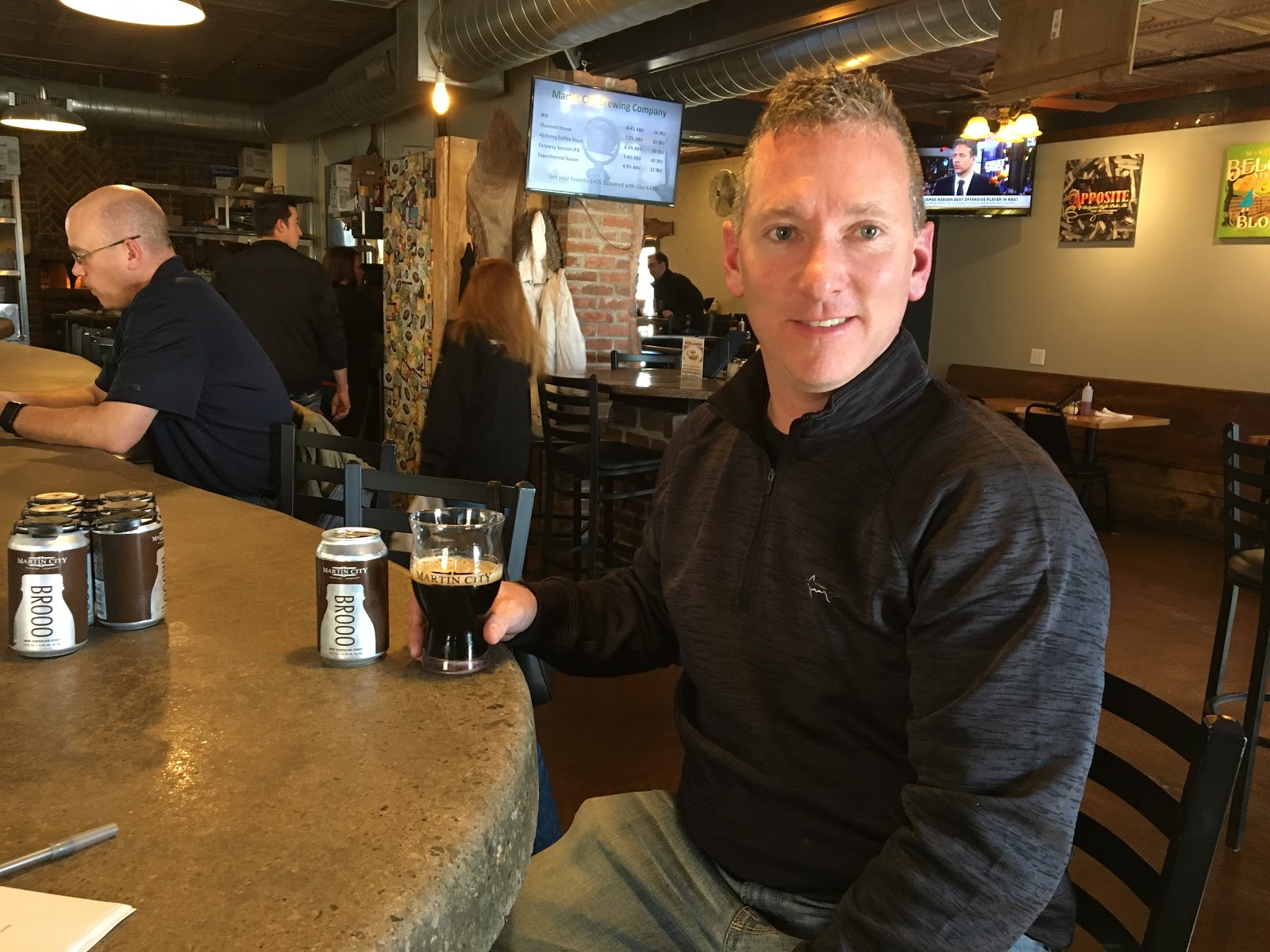 Don’t wait until Valentine’s Day to try the new chocolate milk stout from Martin City Brewery. It’s expected to sell fast when it hits the liquor and grocery stores along with bars and restaurants in the metro area beginning Monday, Jan. 14.

Called Brooo, the limited release dark beer is described by the company’s marketing department as mellow and decadent with a full-mouthed feel—“the perfect ‘box of chocolates’ for your Valentine’s Boo!” The drink has an alcohol level of 6.3 percent and comes in at 9 or 10 on the IBU scale—in other words, it’s not very bitter.

Brewery owner Matt Moore says the idea for the beer happened during a brainstorming session on an unrelated topic with representatives of Shatto Milk Company. “It just kind of hit me, and I suggested a partnership during that meeting,” he says.

According to Moore, Brooo uses the same raw, kosher, organic cacao that Shatto puts in its chocolate milk. There’s no real milk in a milk stout, though. The name comes from the use of lactose, a type of milk sugar that does not ferment when exposed to beer yeast, resulting in a slightly sweet flavor.

Milk stouts, also known as cream stouts, first became popular in the 1800s in England when customers were looking for a fresh, mild taste. Milk stouts were touted as more nutritious than other beers, although authorities later disputed that claim. Other than the addition of lactose, milk stouts are brewed like any other stout with measures of roasted barley and chocolate malts decided by each brewer’s recipe.

Is it a dessert beer? Not necessarily, says Moore. “It’s sweet, but not overly sweet. It pairs well with something like tiramisu, but also pizza and wings. I drink beers more with the season than with food,” he says. “Basically, it pairs with winter.”

Get to know your candidates: Missouri Senate District 9

Get to know your candidates: Missouri Senate District 7

Get to know your candidates: Missouri House District 56