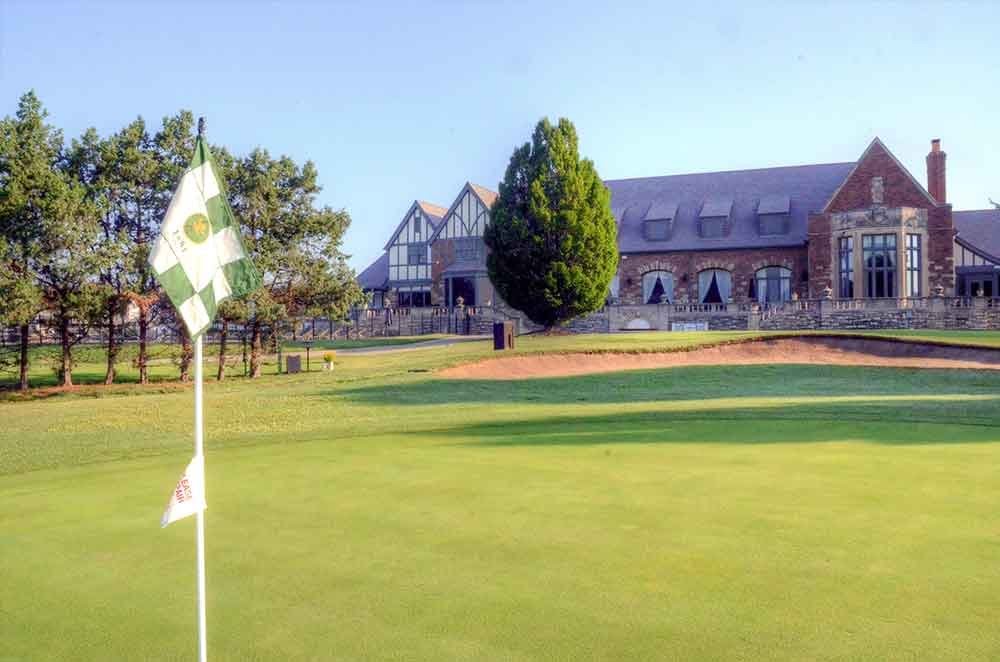 An update which follows the story has been added  since the June 23 print edition. – Ed

A clash between one of Kansas City’s most powerful real estate players and a rather well organized collective of trail enthusiasts has been not-so-quietly unfolding on local internet channels for roughly two weeks now. Both groups had hopes that things would come to a head in a Friday meeting between a group of stakeholders and Jackson County legislators, but a final solution would ultimately remain elusive through the weekend.

The saga began on May 1, when Ken Block, managing principal of Block Real Estate Services, LLC., finalized the purchase of the oldest golf club in Kansas City, Oakwood Country Club, for an undisclosed amount.

Block and his ownership group had plans to revamp the 109-year old, 210-acre property located at 9800 Grandview Rd. with a $5 million modernization effort that would include projects such as a new driving range, a short-game practice facility and a center that would include golf simulators and heated golf bays.

In order to construct the driving range, however, new land would need to be acquired. When a group of mountain bikers found what they believed to be survey markers on an offset of theBlue River Parkway Trails system, just outside of Oakwood grounds, it was suspected that Block was involved.

A joint mobilization effort from local groups such as the Heartland Conservation Alliance and Urban Trail Co. — organizations which have helped facilitate and maintain what is estimated to be thousands of volunteer hours worth of trail construction efforts on the nearly 25 miles worth of the larger Blue River Trails system — launched as early as June 10, when an email was sent out to Jackson County legislators requesting transparency on the matter.

Sarah Hemme, a mountain biker and HCA member, moved to the Blue River area a few years ago with her husband, Cameron, in large part to utilize these trails “almost daily.” She was one of the most immediately visible of many dissenters who believe Block wanted to coordinate a ‘land grab’ with some Jackson County officials in order to classify a portion of the trail as surplus and ultimately snatch it away before community input could be adequately considered.

“I think the main issue here is the process by which Jackson County decides to sell county park lands that are supposed to belong to the public,” Hemme said. “Contrast that with [Kansas City], where [a proposed sale] would be put on a ballot and [legislators] move forward in the process based on the vote of the public. Why is this process so secretive?” However it is not unusual for the county to sell small tracts of land, particularly to households that butt up against county property. Potential buyers must present plans to the Parks Department, the legislature at a public meeting before going up for auction, all if approved.

On June 11, a post by Liz Harris was published on the BikeWalkKC website urging concerned trail-goers to voice their concerns to the county. The entry said five-acres of land were in jeopardy of being purchased for Oakwood.

Since then, countless threads on sites such as Facebook, Twitter and Reddit have blown up in criticism of the allegations. From Block’s perspective, many of these comments are intentionally escalating the situation with what he sees as personal attacks and misrepresentations.

“There is so much false information that has been placed on the internet by the opponents of this. Some of it is just so inaccurate — and inaccurate on purpose — in order to rile people up and get them against something,” Block said.

According to Block, the area in question was actually half of what some opponents have suggested via representation on a map that has been shared on social media.

“The only part that would have been cut off was a portion of Jigsaw and a portion of Back Alley — a total of 1,294 lineal feet — out of miles, and miles and miles of trail,” Block said. “I’ve said all along, we’re happy to see if we could figure out a solution, but now it’s become an example of how difficult it is to talk to people who are not interested in talking, they’re not interested in compromise.”

Hemme and other activists hold a much different take on the matter.

“He’s upset that the community as a whole has decided that these are our lands and we’re not just going to stand idly by. We’ve spent all of this time and energy building this beautiful thing for the public. We have this gem of a Blue River corridor that is unfortunately mostly owned by the county, and the county just doesn’t seem to appreciate that,” Hemme said.

Dan Tarwater III, Legislative Vice-Chairman from Jackson County’s 4th District, suggested that Block may have approached either the Parks Department or County Administrator Troy Schulte about an initial proposal that would entail $82,000 for land and an additional $40,000 donated to the County Parks Department for handicap accessible equipment and playgrounds.

“I can see why [Block] needs the tract and I can see why [Urban Trails Co.] wants the trails. The Urban Trails people don’t own any park land, but if Oakwood doesn’t make them happy then this isn’t going anywhere,” Tarwater said.

Friday’s meeting — which was attended by legislators Schulte and Scott Burnett (1st District) — gave trail activists a reason to believe they may come out victorious. County legislators such as Jalen Anderson (1st District) and Crystal Williams (2nd District At-Large) have already come on record opposing the transaction.

“At this time, we believe legislators have heard from their constituents and currently will not approve the surplus of this land. We look forward to hearing more about Block’s new plans, which were not ready for us to see at the meeting last week,” read a June 22 update on the HCA Facebook page.

With that in mind, Block is now assessing a number of alternative scenarios — the most likely of which may be the purchase of adjacent land from a private owner.

“I don’t have a solution yet, but I’ve told everybody on our end to just hang tight and stay calm while we try to work on some other possible solutions that, in the end, might be better for us,” Block said, adding that he hopes to arrive at some sort of decision on how to proceed in the coming weeks.

Since this story first appeared in our June 24 print edition, Oakwood Country Club issued a June 30 press release that resolved the conflict between the club and trail activists.

“Our discussions caused us to look at a number of new options, and we have landed on one that allows us to develop our tournament quality golf course without expanding outside of our existing property lines. We will no longer be needing to expand to the West,” read the statement from Oakwood media contact Laurie Roberts.

The release expressed appreciation for Jackson County Administrator Troy Schulte, Legislative Vice Chair Dan Tarwater and County Legislator Tony Miller and the role they played in mitigating the conflict of interest between club owner Ken Block and several groups who sought to stop Oakwood from expanding onto a delicate offshoot section of the Blue Ridge Trail system known as Jigsaw.

It’s a victory in the quest for continued trail expansion, but Hemme is already looking ahead.

“There is still so much work to do from a community perspective — from carrying out HCA’s Blue River Action Plan informed by the Blue River Report Card, to developing a kind of master plan for the Blue River Parkway corridor,” Hemme told The Telegraph following Oakwood’s announcement.