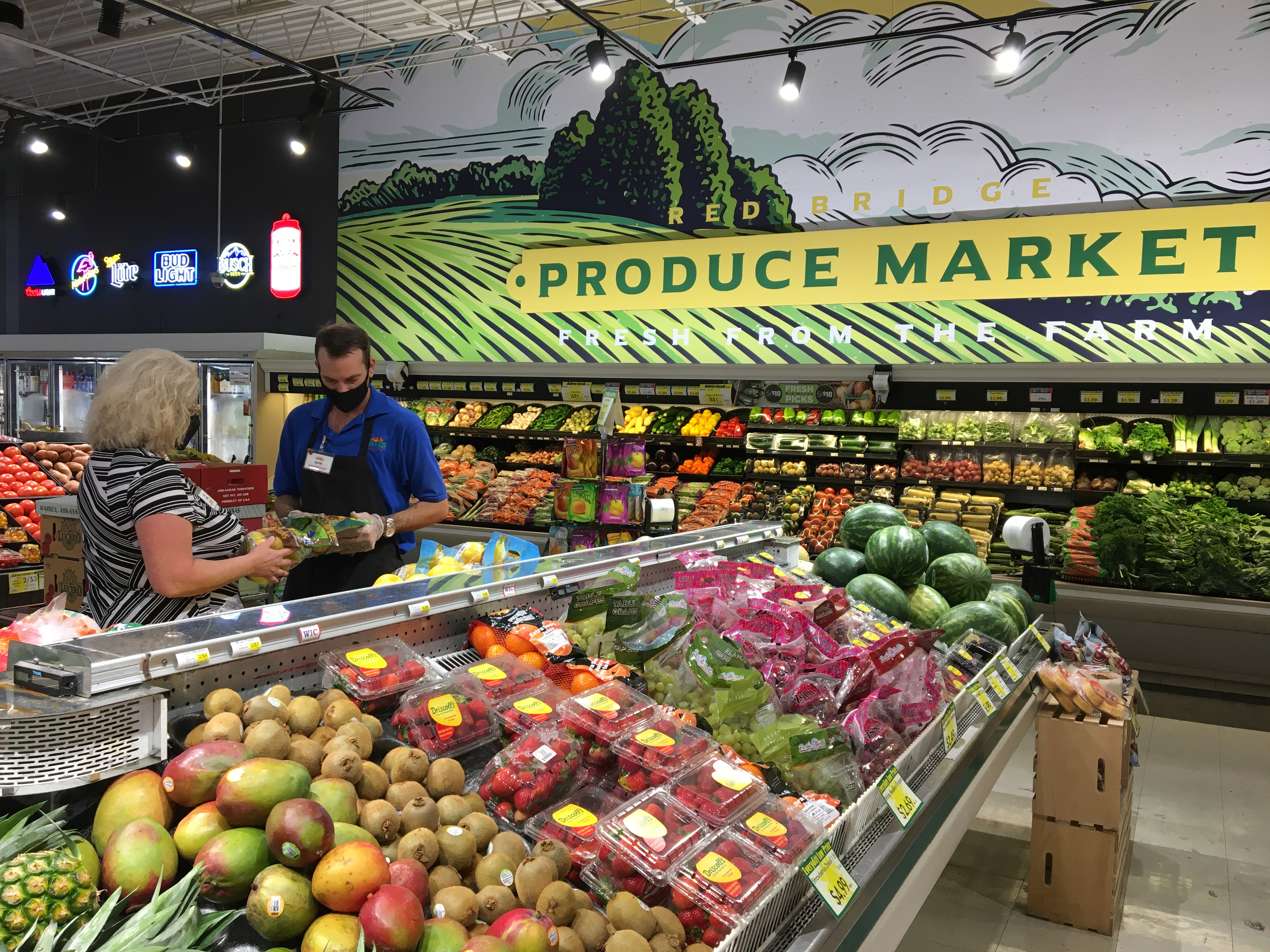 Story and photos by Jill Draper

After months of remodeling, the Red Bridge Sun Fresh is celebrating its new look with special sales and coupons. And enjoying the feedback from shoppers.

“People who haven’t been here in three months are shocked,” says store director Kathy Scott. “Everyone says it’s beautiful and they love it. They’re just so wowed by it.”

The grocery store at 11212 Holmes Rd. has been painted inside and out, the floor has been stripped and rewaxed and harsh overhead lights have been replaced with bright, warm lighting that “makes all the colors pop,” Scott says. In addition to new wall murals and behind-the-scenes revamping of every department, the back of the building also has been cleaned up to be more presentable to neighbors.

“Customers have been wanting this remodel for a long time, and we were able to make it happen,” she says.

The former Lipari’s grocery changed ownership nearly two years ago when it became one of Balls Foods’ 28 stores, which include various Hen House and Price Chopper facilities. According to Bill Esch, marketing director, Balls is the largest group of stores to offer products from more than 150 area farmers through the Buy Fresh Buy Local program. These products, such as summer favorite Andy’s Candy Corn, are now available at the Red Bridge Sun Fresh.

Also available are barbecue items from local restaurants like Jack Stack, Smokestack and Zarda, soup from Panera, an expanded gourmet cheese selection (including fresh mozzarella and fresh basil) and an aisle dedicated to value items priced at $1 or so.

When customers enter the store they first see an island display of fresh produce and shelves of chef-prepared food ready to eat or cook—sliced vegetables, yogurt with fruit, pre-cut watermelon and kebobs.

“Customers love the convenience,” Scott says. “We had this before, but there’s much more now.” Eventually a salad bar will open, but for now there are individually prepared salads.

Nearby are grab ’n go bouquets of fresh flowers and a remodeled liquor aisle which leads to the meat department. Meats are sold packaged but are hand cut every day, and shoppers can summon a butcher with a buzzer to discuss custom cuts, Scott says.

A remodeled café with new tables and chairs adjoins the deli and bakery, which offer signature items such as housemade corn chips, tuna salad, chicken salad and 8-inch Tippin’s pies.

“Being in a smaller store makes it easier to get in and get out. People like that it’s not packed, and they feel safer shopping here,” says Scott, who recently hired a guard for extra security. “During Covid there are a lot of customers who haven’t been out much. People tell me that shopping here is their entertainment.”